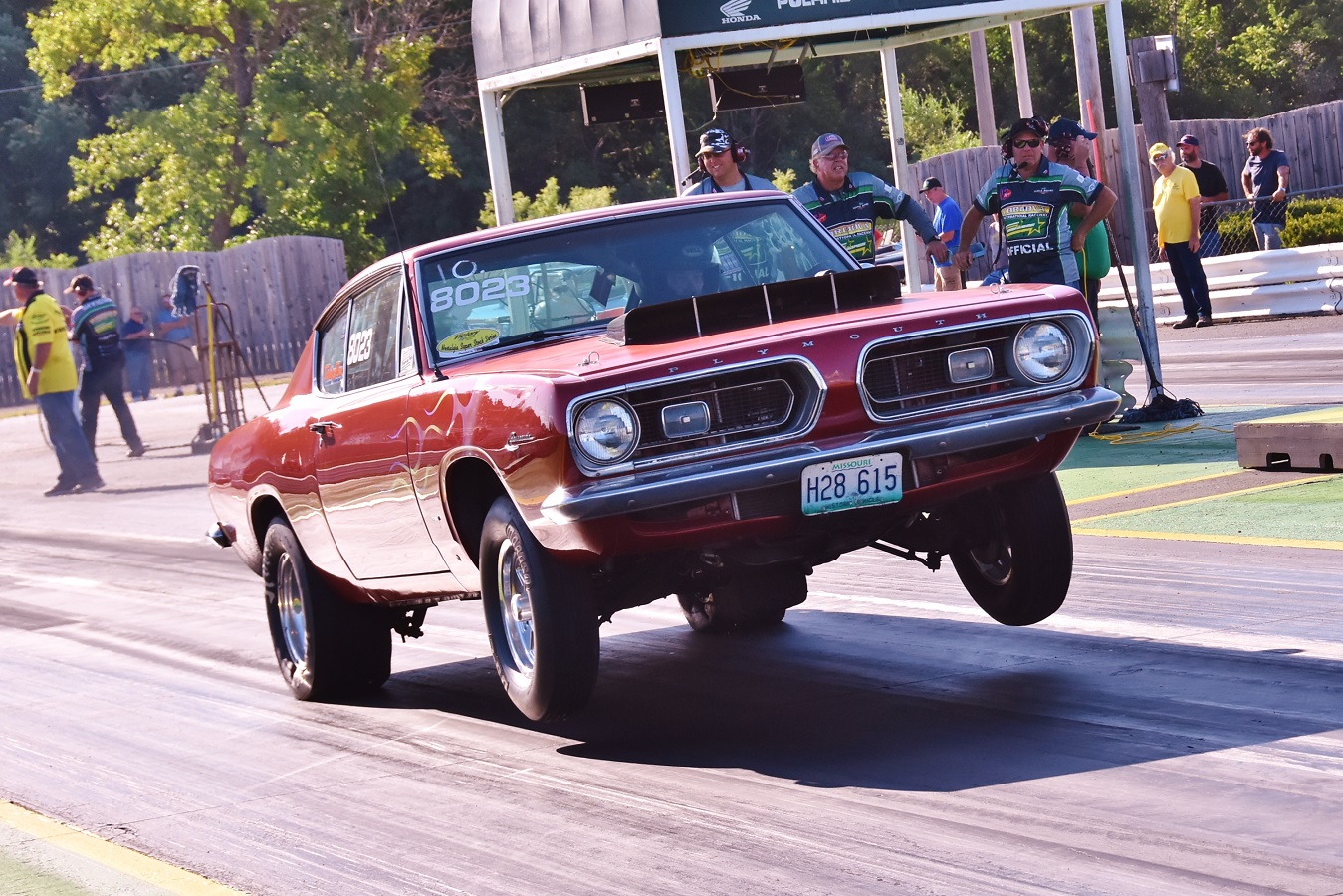 In the late 1980s, my Dad, brothers, and I began attending Monster MOPAR weekends and M.A.R. Nostalgia races. Those events lit the spark of interest in racing for me, but that was set aside while I concentrated on my marriage, beginning a family of my own, and building my career in the auto industry. In 1998, the spark ignited into flame, and I became a participant rather than a spectator.

In 1998, I bought a 1967 small block Plymouth Fastback Barracuda and started racing with a bunch of “Ford guys”. I sure do miss those “Ford guys” they would clean up camp while I was winning rounds at M.A.R. I attended every foot brake and Nostalgia race I could find close to home. In 2002, I won my first Trophy class and won a second Trophy “Top Gun Eliminator” all in the same weekend. My circle of friends and mentors grew and included men like Clay “Max Attack” Kossuth and Larry ‘Hot Rod Lincoln” Runnels. The sport became more than just a hobby. The supportive friendships formed with other drivers, their wives, and families provided many fun weekends at the track with my own family.

With much trial and error, I gained experience. Some good event wins throughout the years inspired me to want more. The 1967 Barracuda had served me well, but to compete at a higher level, I needed to make some changes. In 2017, with my Dad’s help, I began the work of installing a modified 400 Big Block Engine and a Dana 60 in the Barracuda. That project took the better part of 2 years. I then moved up to Nostalgia Super Stock racing and joined the Victory NSS family.

In August of 2018, I had a win in the Victory NSS Point Series race in St. Louis. In 2021, I reached a high point in my racing experience by winning the 2021 Victory NSS World Championship. My family and I are so fortunate to race with such a great bunch of people. I am so thankful for all the Victory Sponsors that make this championship possible. I look forward to racing for many more years. The knowledge I’ve gained about automobiles is a legacy passed on to me by my Dad. I’ve passed it on to my daughter, Sara Jo, and with the arrival of my grandson Alois in 2021, perhaps I can even pass on the challenges and the joy of this great sport and the Victory NSS Performance races into the future.